Art on Bikeway in Arlington Endures in January Snow

Temporary Art Takes in the Expected Effects of Time and Weather 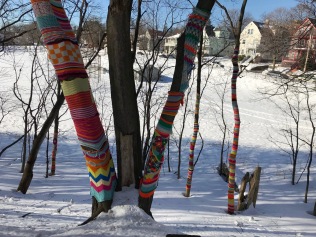 After posting about two temporary art installations, “Ripple” and “Current,” in early autumn, I planned to revisit them at least once each month to see how they would survive seasonal changes. I did not know then how compelling both would prove to be, far beyond just curiosity. Maybe I can offer broader perspective in the spring, but meanwhile here are a few photos, including some from the first relatively warm day after a major snowstorm marked the new year.

“Ripple” from below bikepath, January 2018 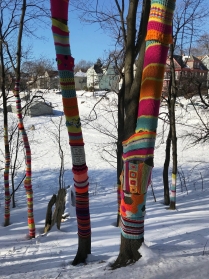 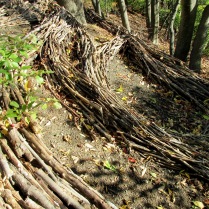 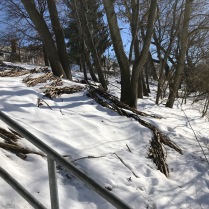 “Ripple” by Adria Arch and the Arlington Knitting Brigade, October, November, and January

Background about “Ripple” and “Current” from October 2017 with links to many resources about the artists and Arlington public art:

← Watch for History and Humor by Kate Burke and Gregg LeFevre in “Boston Bricks,” Winthrop Lane
Horses and Humans: Deborah Butterfield Connects us through Art: Henry and Paint →

Header photo for ART OUTDOORS is “The Housatonic” by Rick and Laura Brown, Contemporary Sculpture at Chesterwood, MA, 2013.

writer, educator, museum volunteer; My camera and I are reflected in the blue globe within the sculpture installation,"The Sky is the Limit" by Geoff Nelson. From slideshow in post: HISTORIC AND CURRENT ART AT CHESTERWOOD